Erik Per Sullivan’s (Dewey) ‘Mo’ to Air at Rockefeller Plaza 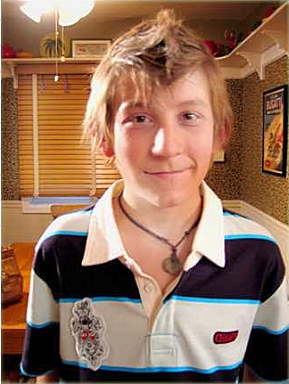 Tribeca Enterprises, the parent company for the annual May film festival, has been so delighted with the response the festival’s outdoor movie screenings have generated that for four nights, between Tuesday (June 19) and Friday (June 22), they’re going to show movies on a 30-foot-by-50-foot screen in front of 30 Rockefeller Plaza. The “Drive-In” will open each night at 6 p.m. with movies starting at 9 p.m. each night.
“Mo” writer-director Brian Scott Lederman’s coming-of-age story set on Long Island’s South Shore, which stars “Malcolm in the Middle’s” Erik Per Sullivan in the title role of a teenager coping with a genetic mutation called “Marfan Syndrome.” It’s being screened by the festival Thursday June 21.

Just added to our Gallery are pictures from the film.