Another Emmy Win for Bryan Cranston 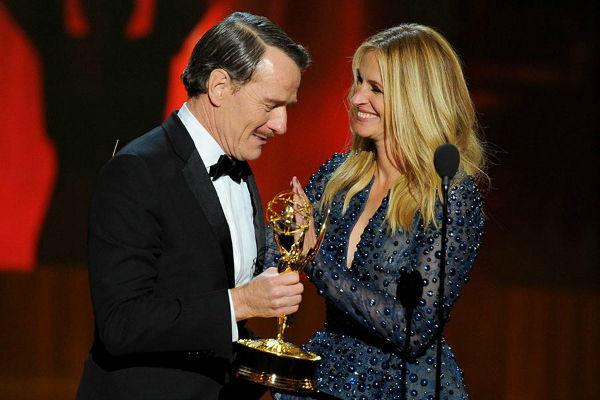 At the Emmy Awards 2014, Bryan won his fourth Emmy Award for ‘Outstanding Lead Actor in a Drama Series’ for his role as Walter White in Breaking Bad. Emmy win and acceptance speech can be viewed here.