Frankie Muniz (Malcolm) and his girlfriend Elycia Marie have once again been involved in a celebrity charity event in Arizona. This was the Muhammad Ali Celebrity Fight Night XVI, held on March 20, 2010 at the JW Marriott Desert Ridge Resort & Spa in Phoenix. 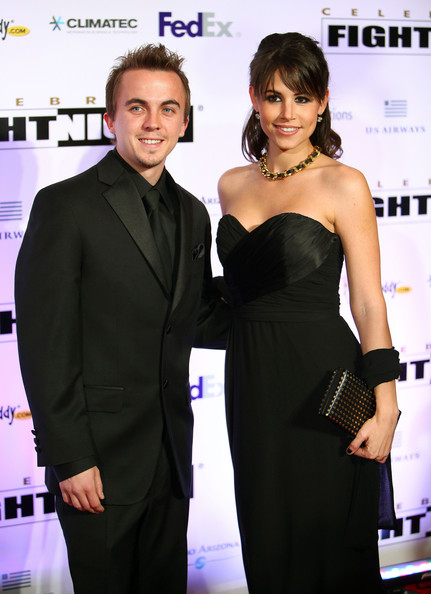 Recognized as one of the nation’s elite charity events, Celebrity Fight Night is a star-studded evening presented in honor of our featured guest, Muhammad Ali. Celebrities and professional athletes from all over the country participate in a night filled with incredible Live Auction items and live musical performances by many of today’s brightest stars.

This power-packed night of excitement not only leaves our audience with unforgettable memories each year, but more importantly, provides significant dollars for charities that help many people in need. Throughout Celebrity Fight Night’s fifteen year history nearly $60 million has been raised with the Muhammad Ali Parkinson Center at Barrow Neurological Institute as the primary beneficiary. Numerous other charities have benefited and countless lives have been changed thanks to the tremendous generosity of our supporters.

The event this year was hosted by country music artist Reba McEntire, who has hosted the event for the past four years. Other acts on stage during the event included teen sensation Charice and The John Corbett Band.

You can see more photos of Frankie and Elycia in our gallery.

Kyle from JohnJay and Rich (a radio show) even recorded this video of Frankie at the event.