Chris Masterson (Francis) is no stranger to playing a bit of poker in his spare time, having previously participated in Celebrity Poker Showdown back in 2004 and in the W Lounge Celebrity Poker Tournament in 2006 (pictured). 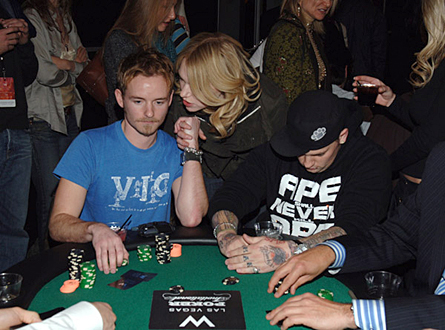 Chris even managed to send out a tweet from the event!

The event happened over the weekend of Saturday 20th — Sunday 21st February 2010 and was held at the Commerce Casino in Los Angeles. Chris and Danny were joined by more than 100 other celebrities as well as some top professional poker players over the course of the weekend. The final six players will return on 3rd March for the Final Table TV taping.