Malcolm in the Middle Now Airing on ‘Nick at Nite’ 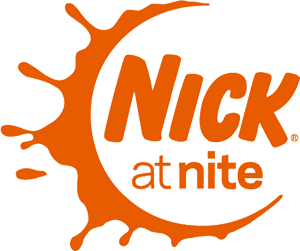 Back on June 8th it was announced that Nickelodeon had bought the cable rights to all the Malcolm in the Middle episodes. They are now airing it on their Nick at Nite prime time programming block on Nickelodeon (in the US) which is aimed at an older and family audience. It starts today with an all night marathon from 8pm (Eastern Time) till 1am (then repeated till 6am).

We have conducted a great deal of research with kids and families, and two things that we hear continuously are that they want to spend more time together and that watching television is one of their favorite ways of making that happen…By starting Nick at Nite at 8pm, and adding another terrific comedy series like Malcolm in the Middle, we will serve them further and build upon the great success we’ve had with contemporary family comedies – Cyma Zarghami (President of Nickelodeon)

We don’t often report on when a TV station is showing Malcolm in the Middle mainly because we have an international audience. However this acquisition is great news for MITM, it shows how it continues to be valuable. In 2007 it was also acquired by the US cable channel FX. However this is bigger, Nick at Nite ranks as the number-two US cable network with Adults 18-49 (behind only USA Network) with 1.5 million viewers. Also Nickelodeon has been heavily advertising (something MITM has lacked in the past) on their channels. A quick search on Twitter and you will see many people excited and quoting the TV adverts.

Nickelodeon is a channel in many countries but from what is known this is a US based deal only. Don’t expect to see Malcolm on Nickelodeon elsewhere. Nickelodeon also streams some shows on their website Turbo Nick, however as far as we know this was a cable TV deal only, so we won’t see it online.

Nick have launched a companion website for the show which includes video clips (US only), Message Boards, Character/Actor Bios (brief and not completely accurate) and a basic About page. Nothing exciting, but a good design and nice to see they made the effort.

In the US its been on local broadcast syndication since 2004, sitcomsonline.com believe its local channels syndication will end this year, however I’m not so sure.

Source: THR.com, marketwatch.com | Many Thanks to deweyinthemiddle & reese35