German Blu-rays of Malcolm in the Middle (Malcolm Mittendrin) released in Sept 2019! 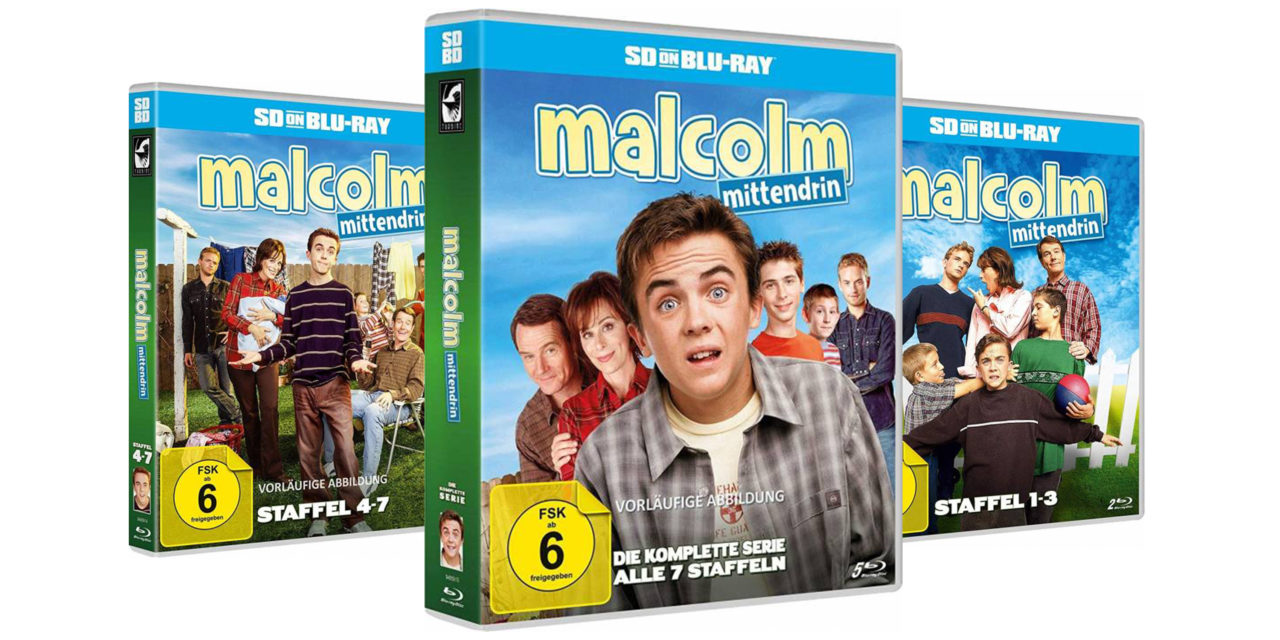 Turbine Media Group will finally be releasing all 7 seasons of the German version of Malcolm in the Middle (Malcolm Mittendrin) on DVD and Blu-ray on September 13, 2019!

It took them four years to secure the rights to the final four seasons.

Just to curb our obvious enthusiam a bit: the Blu-rays just offer DVD standard definition (SD), but are offered to take full advantage of their capacity: all 151 episodes plus all the French bonus material now fit on just 5 Blu-rays, compared to 21 DVDs.

The original feature of the German release of S 1-3 is kept in the sense that, while all episodes are presented in the original 16:9 widescreen-format, there is also a menu option to reduce them to the 4:3 format in which they were first aired on TV. This is done by means of an overlay of two black vertical bars, so a kind of ‘software mask’.

An additional advantage would be that the Blu-rays could be region-free, as opposed to Region 2 for the DVDs, but this is not explicitly stated, so please be cautious.

Both collections will sell at 90 euros, according to Amazon.

It’s also possible to buy DVD or Blu-ray boxes with just the final 4 seasons, if you don’t want to waste extra money, but they will still cost you 70 euros.