Frankie’s ‘You Hang Up’ Releasing New Single ‘Losing Me’ 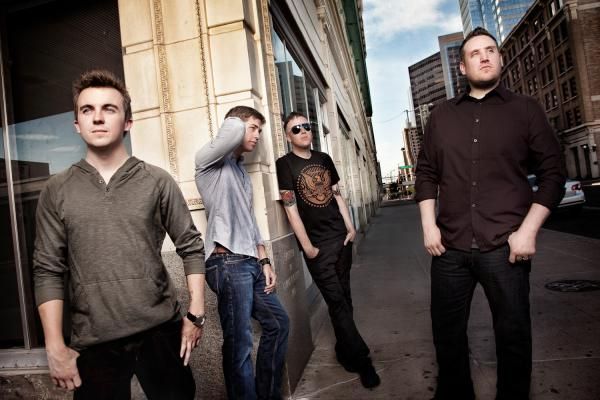 Frankie Muniz’s new band You Hang Up are releasing their first single featuring Frankie as drummer next week. We have heard some ‘pre-mix’ sample tracks of the new You Hang Up, but this will be the first completed song with the new line-up. Entitled Losing Me, the single will be available on iTunes and the Amazon MP3 Store on July 27.

You can take a listen to the song below; we’d encourage you to purchase it on your favourite music store when it is released!

This preview of the single was released by PopEater, who also have an interview with Frankie.

First off, we love the song, man.
Oh, cool, thank you.

So what’s life been like lately?
I filmed a movie in April, and the day I came home, the band went to the studio and recorded. We wanted to hurry up and record some new stuff just so people could hear the progression we’ve made as a band. It’s funny, ’cause even since we recorded those, we’ve got like 10 new songs we wish we’d had on there.

Sounds like the rock life is going well.
I don’t know if this is for every band, but you write a song and think it’s amazing and you’re so stoked on it, and then you continue writing songs and they become your favorites. The great thing about You Hang Up, what I love about being in the band, is I love all of our music. We run through our set and after pretty much every song we’re like, “That’s our favorite song.” That’s a good thing. It’s going really well — I’m having the time of my life doing exactly what I want to be doing.

How many songs are you guys sporting?
We’re up to maybe 20 songs. They’ve basically all been written in the past three weeks. About two months ago we started trying to go full-time and get ready for this upcoming tour we have and write new music and continue to progress. Literally every practice we feel like we’re so much tighter and better as a band. I think people are gonna be shocked when they hear us live.

What’s the reaction to the band been like these last few months?
I think a lot of people, when they hear I’m in a band, expect it to be like most “actor bands,” which is not usually the greatest music, but especially not great performed live. Most bands can make a recording sound good, but when you come hear us live … I think people will be impressed. We want to come out with a bang. And I would definitely love my fans to follow my new career and hopefully enjoy it.

And that movie — was it a supporting role or are you really back to acting?
I played the lead in a movie called ‘Pizza Man,’ a little independent movie. I had an amazing time filming it. I hadn’t done any acting in four years or so, focusing on the racing and stuff. I realized I did miss acting, which is cool. I’d been thinking about if I’d want to go back and do it, and the opportunity was in front of me. I really enjoyed the script, so I went and did it. And it was one of the best times I’ve ever had on any production. Hopefully people will enjoy it and it’ll be a success, but either way, it taught me a lot about myself — after the first day of filming, I told my girlfriend, “I feel like this is what I’m supposed to be doing in my life.” I don’t know if it’s necessarily what I’m going to be doing, ’cause I’ve got my hand in so many other things, but I enjoy it for sure.

You Hang Up will take their show on the road in August, with a string of 10 dates across America. Scope the dates here, or visit the band’s Myspace for more info: