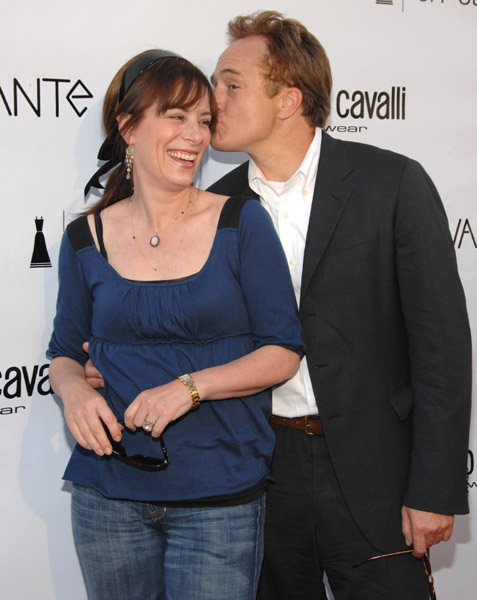 Jane Kaczmarek and Bradley Whitford where married for 16 years and where considered one of the most successful celebrity couples. It certainly came as a shock to many. However with hindsight, we hadn’t seem them in public together for about a year. Bradley filled for divorce in June, they cite irreconcilable differences.

More interviewed Jane prior to the divorce going public and when asked about her love life “That’s a big no comment..” She continued by saying around her girlfriends she was able to be “safe and vulnerable” instead of “thinking I’m capable of doing everything,” she’s now inclined to call a friend and say, “Could you meet me tomorrow for coffee, I’m really in a bad place. It gives you such sustenance and courage to face whatever the day’s going to present to you.” She also said that while she once thought she could “go it alone and as long as I had some fabulous boy on my arm, or man, and my career was sailing, that’s all I needed,” she now realizes “how important, how healthy, and how necessary good supportive girlfriends are. To talk about kids, to talk about marriages, to talk about just life.”

There where reports that Jane was fighting for full custody of their children, however Jane said the break-up was amicable and custody will be split 50-50.

We hope that the process goes as smoothly as possible and are hearts are with their 3 children Mary (6) George (9) and Frances (12).