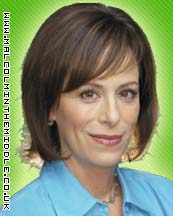 Jane was born and raised in Milwaukee, Wisconsin and still feels a strong connection with it (while currently living in Pasadena, California) in March she sent Governor Jim Doyle and legislative leaders a letter asking them to work on improving the state’s current film incentive program rather than scrap it. Film incentive make it attractive for film makers/produces to work in a location due to things like tax rebates. Governor Jim Doyle wanted it stopped due to a $5.7 billion budget shortfall, instead giving grants of up to $500,000 per year for projects that create permanent jobs.

One year hardly seems like a sufficient time to make an informed determination on whether the incentives should be discontinued…There’s something about this place…It’s magical, it’s beautiful. It offers everything you could possibly want.

Jane won’t normally work outside of California due to her children said she would make an exception if she could come to Wisconsin for work. She has supported the incentives since 2006 and has worked with the Film Wisconsin website in the past.

In June it was decided to reduce the incentives but not remove them completely.