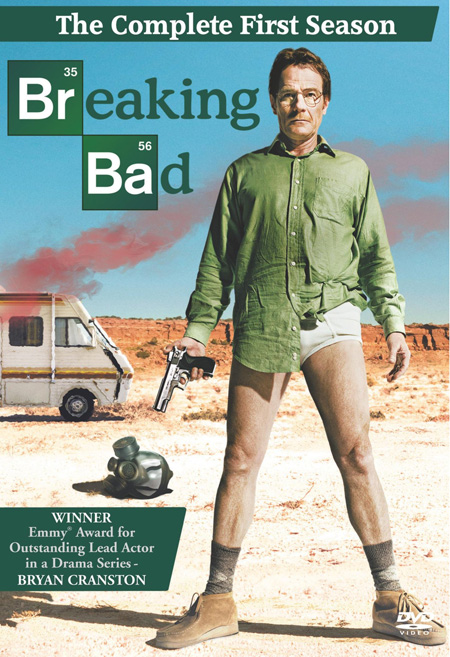 We reported previously that the season 1 DVD of Breaking Bad was expected to be released January 20, 2009. However that has now changed to March 3 . Above is the cover art which is subject to change.

So far we know its as a 2-disc set running 346 minutes, featuring episodes (and some unknown special features) presented in anamorphic widescreen video with English – Dolby Digital 5.1 audio and French subtitles. Pre-order from Amazon now!

Breaking Bad has got three nominations from the Writers Guild of America – one for best new series and and two for best episode. Results come out February 7, 2009.