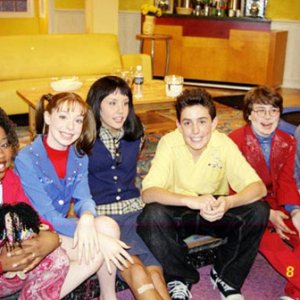 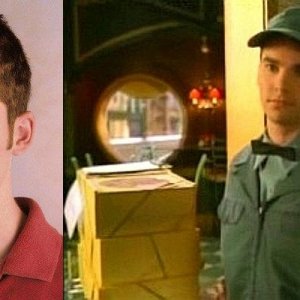 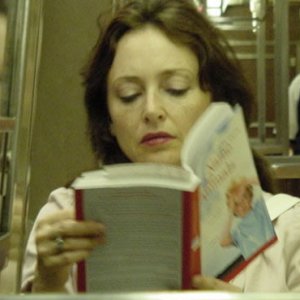 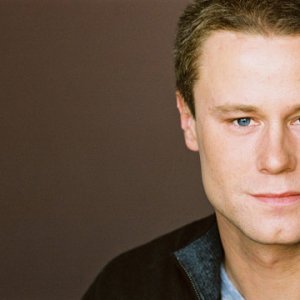 What must it be like to eke out a career as a character actor, racking up almost fifty credits in the space of fifteen years, and then to stroll onto the IMDb one day -- as a lark, say -- and see those fifteen years of your career reduced to a theme summed up by the following words:

The man's been typecast, is what we're saying. Sure, one of his better known roles is Kruger, George's boss in the last two seasons of Seinfeld, and a civilian. But lately, when we've seen him, we've observed the lawman/army guy theme. And this niche might have worked out just fine for Daniel von Bargen as long as he was turning up as secondary and tertiary characters in forgettable movies like The General's Daughter, Before and After, G.I. Jane, and Universal Soldier: The Return. But then von Bargen surfaced as Commandant Edwin Spangler, Francis's headmaster on the terrifically popular sitcom Malcolm in the Middle, and now when he shows up in military uniform -- even without the hook and eyepatch -- on The West Wing, the viewer thinks not, &quot;Who is this military advisor and what is he going to tell the President?&quot; but rather, &quot;What is Spangler doing on NBC?&quot;

Needless to say, von Bargen's recurring role as Spangler represents the most nuanced lawman or army guy on his CV. At school, Spangler is strict but generally fair, stern but not utterly inflexible, eccentric but not unbalanced. Spangler is scared of the Alabama townie girls who set upon his young charges, intrigued by the gay rodeo when it comes to town, affectionate about his pet dog. Most memorably of all, Spangler nursed a brief crush on Francis's mother Lois (played by Jane Kaczmarek) when she came to visit Francis at school. In his efforts to ingratiate himself to Lois, Spangler evinces a tender ennui that perhaps he'd chosen the wrong path in life -- one that had led him away from women as magnetic and scary as Lois. If nothing else, the sight of Spangler in his creamy cable-knit sweater was a glimpse into the man's seldom seen and oddly touching private life.

With his pivotal role in O Brother, Where Art Thou? as a satanic southern sheriff, von Bargen may soon vault to the second (or maybe third) tier of character actors who get to play small-town doctors or leading ladies' sympathetic fathers mixed in with the lawmen and army guys. Or, he may just settle into his rut as Spangler, which would suit us just fine, too.