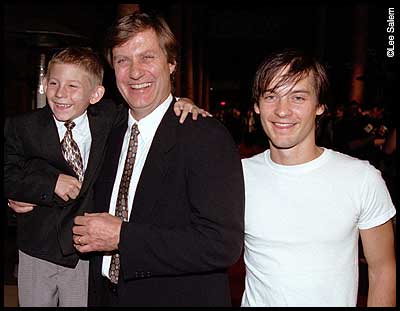 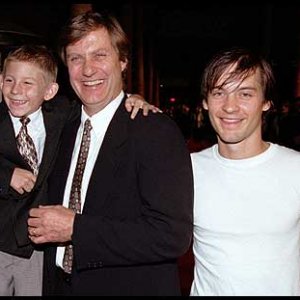 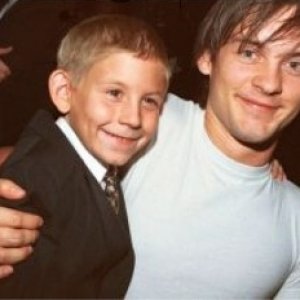 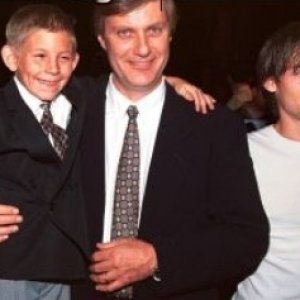 <p>Erik with director Lasse Hallstr&ouml;m and leading actor Tobey Maguire. Erik and Lasse conversed in Swedish on the set, Swedish being Halstr&ouml;m's first language, and also Erik's mother's native language.</p>
<p>From <a href="http://www.people.com,">www.people.com,</a> February 7, 2000.</p>
<
Click to expand...
&lt;p&gt;From Tolpan's former site Erik's Empire:&lt;/p&gt;
&lt;p&gt;There was a special connection on the set between Erik and Swedish director Lasse Hallstr&amp;ouml;m.&lt;br /&gt;&lt;br /&gt;&quot;We were the only ones on the set who could speak Swedish.&quot;, Hallstr&amp;ouml;m said, &quot;We created a kind of an artificial language of English and Swedish which nobody could understand, except us. It was great fun, especially when the camera operators looked totally puzzled because of the boy executing instructions which they didn't catch because they didn't understand them.&quot;&lt;br /&gt;&lt;br /&gt;Especially Michael Caine (who played Dr. Larch and received an Oscar for this role) was delighted by Erik: &quot;He really is a treasure...literally...&quot; Lasse Hallstr&amp;ouml;m remembered: &quot;It seemed to me, that Michael gladly would have adopted the boy.&quot; When producer Richard Gladstein came up with the idea to cut out the dialogue between Fuzzy and Dr. Larch about his mother for the final cut, because the movie still was too long, he faced massive opposition from Hallstr&amp;ouml;m, author John Irving and especially Caine.&lt;br /&gt;&lt;br /&gt;Hallstr&amp;ouml;m said: &quot;Michael insisted the scene should stay in the film. Of course, I'm the one who has the last word, but I wanted the same. This scene is one of the few really funny ones in this movie.&quot; John Irving adds: &quot;I think this boy was great...but I think the Honolulu dialogue with Tobey Maguire was much funnier...probably because I didn't write it, it was pure improvisation...when I came to the set too late, I thought I would be in the wrong movie...what are they filming? I've never heard this text before...but what impressed me most was the little one (Erik) in his scene where he dies...I've never seen the crew with tears in their eyes during a shot...but this time it happened.&quot;&lt;br /&gt;&lt;br /&gt;Hallstr&amp;ouml;m about this scene: &quot;I often have been working with children on the set, I love the energy which they spread during a shot, but Erik could do something else, he could concentrate unbelievably well. You don't have a clue how tough it is to &quot;die&quot; and slow down your movements to nothing while 50 people are just watching you...especially at this age. But Erik could do it. This was a &quot;first take shot&quot;, we didn't have to reshoot this scene!&quot;&lt;/p&gt;
&lt;p&gt;&amp;nbsp;&lt;/p&gt;