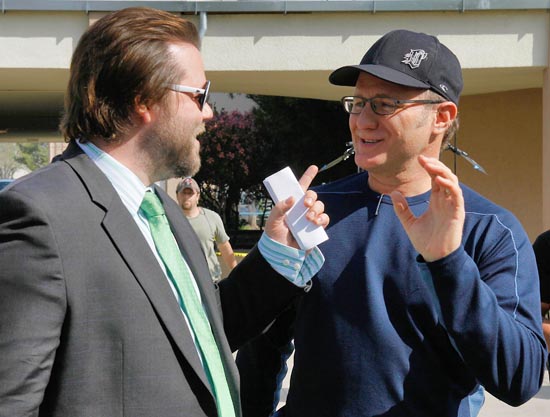 Details are rather thin on the ground at the moment, but it seems Todd Holland, director many episodes of Malcolm and responsible for much of the show’s look and feel, is now involved with a new project, post Sons of Tucson.

The new show is called Random Acts and will be on the Epix premium TV network in the US.

Todd Holland (Malcolm in the Middle and The Larry Sanders Show) partners with writer Andrea Abbate and Fox 21 on this half-hour single camera edgy action comedy about two female hit men looking for love in all the wrong places, while working for an eccentric and ruthless crime boss.

The subject matter is obviously quite a departure from Malcolm and Holland’s recent work with Justin Berfield on Sons of Tucson and Malcolm in the Middle.

A press release from Epix released last week reveals that Holland, amongst other names including Todd Field and Lawrence O’Donnell, have signed ‘development deals’ with the network.

It should be interesting to hear more about this new show as further details emerge!