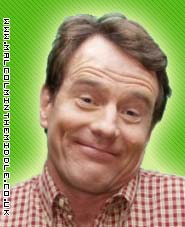 A lot is currently happing for Bryan Cranston, AMC have green lit ‘Breaking Bad’, he’s considered leading man material and now we have news that he will be appearing in the professional theatre of Monmouth University, in a revival of Neil Simon’s Chapter Two.

According to the troupe, “In the semi-autobiographical Chapter Two, Cranston plays grieving widowed writer George Schneider, who unexpectedly meets his next match in Jennie Malone — a rocky midlife reawakening based largely on the romance and marriage of playwright Simon and actress Marsha Mason.”