Hey just wondering who this actor is in season 5 episode 18 (and a couple other episodes).
She's in Dewey's special class, she sits to the far left of the class and it hardly shows her face.
She's a black girl with big frizzy hair and she always wears a green sweater. I looked in the end at the credits and couldn't find her. She wasn't on IMDB either. On IMDB it only shows 3 special students with no known name, and none of them are her. Just wondering if anyone knows who it was. Thanks.

Welcome to our boards!

I'll have to look into this, but generally speaking, cast credits are only given to speaking actors. So if an actor appears in a couple of scenes, but doesn't speak, s/he counts as an extra, and doesn't get credit.

I assume this is the case with the girl you're looking for?

Of course, IMDB users may still add credits tagged 'uncredited' for actors they recognize, or because they want to become better known, but that's not standard practice.

It turns out that the Busey kids' credits are kind of haphazard. The other black girl, rather obese, with her hair tied up, is credited. Her name is Raven Goodwin.

Derek Cox-Berg is also credited, and Christopher Gerse is credited as the Krelboyne boy with the bright red knitted waistcoat and bow tie, who stares at Dewey while closing the door, in spite of the fact that none of them have speaking parts.

This doesn't answer your question, but I hope it clarifies something! 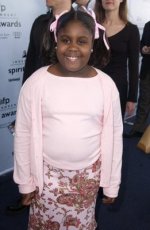 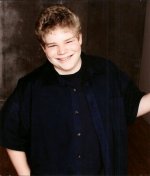 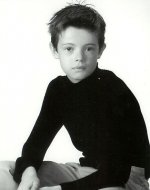