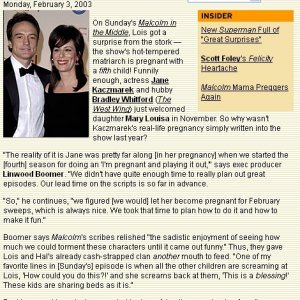 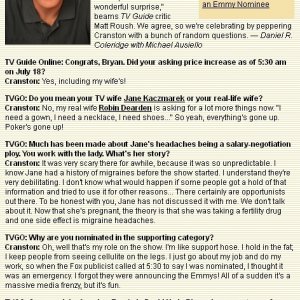 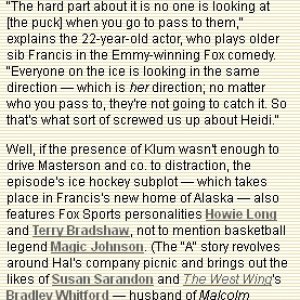 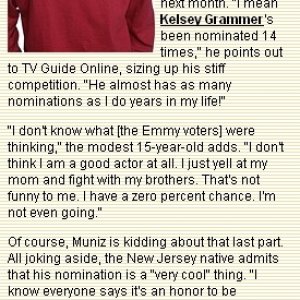 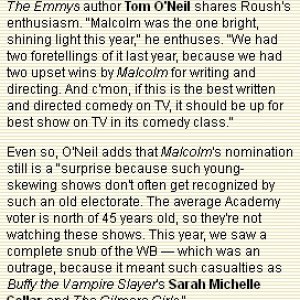 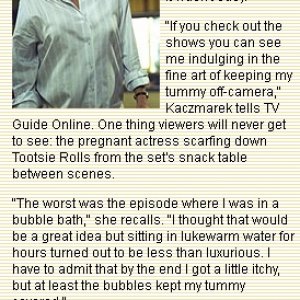 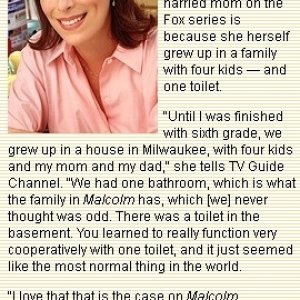 [i]Malcolm in the Middle[/i]'s pint-sized star Frankie Muniz is holding out little hope that he'll parlay his lead actor in a comedy Emmy nomination into an actual gold statue next month. &quot;I mean Kelsey Grammer's been nominated 14 times,&quot; he p
Click to expand...
There are no comments to display.